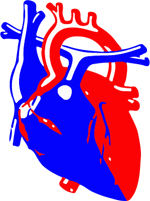 Kawasaki disease is an inflammation of the medium sized blood vessels, that can lead to the appearance of ballooning in the wall of an coronary artery, that carries oxygen-rich blood to the muscles. This ballooning or aneurysm can lead to a heart attack, but it’s very rare. Kawasaki disease more occurs in girls than in boys. Only a small number of infants and young children develop acute symptoms and Kawasaki disease.

Kawasaki disease is a poorly understood illness, which is a rare childhood disease, but it is still the most common vasculitis, that occur in children, mostly under 5 years of age. Kawasaki disease is not contagious to other children, and usually occurs in winter and spring. This disease was first described by a Japanese pediatrician Kawasaki Tomisaka by whom it is named.


The cause of Kawasaki disease

The cause of Kawasaki disease has not exactly known, but it is believed that a certain infections play an important role. Kawasaki disease is probably initiate infection in certain groups of patients with hereditary tendency for the development of immunological disorders, that lead to the activation of inflammatory processes, which can result in damage to the blood vessel wall.

Signs and symptoms of Kawasaki disease

Kawasaki disease may cause anxiety in the child, and it starts with unexplained high temperatures, lasting for five days. Kawasaki disease may cause a rash on the skin of the child, often worse in the groin area, who looks like a rash in measles, scarlet fever and rash with papules. This disease may cause changes such as very red lips, cracking of the dry lips, redness around the sore throat and tongue, which have the berry looks with shiny bright red spots or bumps on the back of the tongue, severe redness in the eyes, cough and runny nose and jaundice.


Kawasaki disease can cause redness and swelling of the hands and feet. Two to three weeks after the symptoms appear, desquamation starting from the top of the fingers in large pieces. More than half of patients with Kawasaki disease have at least one enlarged lymph nodes in the neck or both. Other symptoms may appear, such as joint swelling, joint pain, diarrhea, abdominal pain, vomiting, irritability, headache, etc.. Most severe form of the symptoms of Kawasaki disease is the involvement of the heart, which can cause serious and long-term complications such as systolic murmur, cardiac arrhythmia, pericarditis, myocarditis, inflammation of the heart valves, or as a major disturbance, occurrence of ballooning in the wall of a coronary artery. Weight of Kawasaki disease depends from child to child, and all patients do not have the same clinical manifestations and the majority of patients will not develop complications on the heart, that are usually seen in only two percent of infected children. Kawasaki disease can be divided into three phases. Acute phase of Kawasaki disease is in the first two weeks and characterizes by fever and other acute problems. After that comes the subacute phase from the second to the fourth week with increased number of platelets and may appear ballooning in the wall of a coronary artery. And finally comes the recovery phase, which can lasts from the one to the three month, when all laboratory tests are normal and complete withdrawal off blood vessel changes caused by Kawasaki disease.

The diagnosis of Kawasaki disease

The diagnosis of Kawasaki disease can be established if the patient’s temperature is of uncertain origin, lasts 5 or more days and if they are present four of the five possible symptoms: conjunctivitis, enlarged lymph nodes in the neck, one or both, and changes in the mouth, rash and changes in the skin and extremities. If it is not possible to set an accurate diagnosis, then diagnosis shall be deemed as an incomplete form of the disease. Laboratory findings are not specific to the Kawasaki disease, but with them, you can see the weight and the degree of inflammation. These are indicated by elevated blood sedimentation rate, mild proteinuria, anemia, platelet count is usually normal at the onset of the disease, but later is increased. When we suspect the presence of aneurysms, ECG and echocardiogram should be done, and additional tests if there are anomalies on the heart.

Patients with Kawasaki disease should be treated in the hospital with constant observation, because of the possible appearance of changes in the heart. Treatment includes medications which can reduce inflammation, and eliminate acute problems. Most of the children after Kawasaki disease has no long-term problems and because of that it is of major importance to observe the disease on time and begin early treatment.